Alejandro Pereyra, was born in Buenos Aires in 1970. Fond of cinema, music and painting, he began a complex learning process, that committed him on several fronts. As a young man he began to work on the sets of tv commercials and not much later he started to study filming techniques at the university of Buenos Aires. During that same period of time he imporoved his ability to play the guitar and joined various undergroung groups, where alternative music, that went from punk to trip-hop, ruled. Simultaneously, he studied history of art and attended painting classes ,achieving remarkable results on a technical and compositionl level. His first personal exhibition was held in the Bond Street Gallery of Buenos Aires in 1998 and it will be followed by many others, including the one in the Congreso de la Nacion (the National Parliament) and the one in the gallery El Argentino of Buenos Aires, both in the 2000. 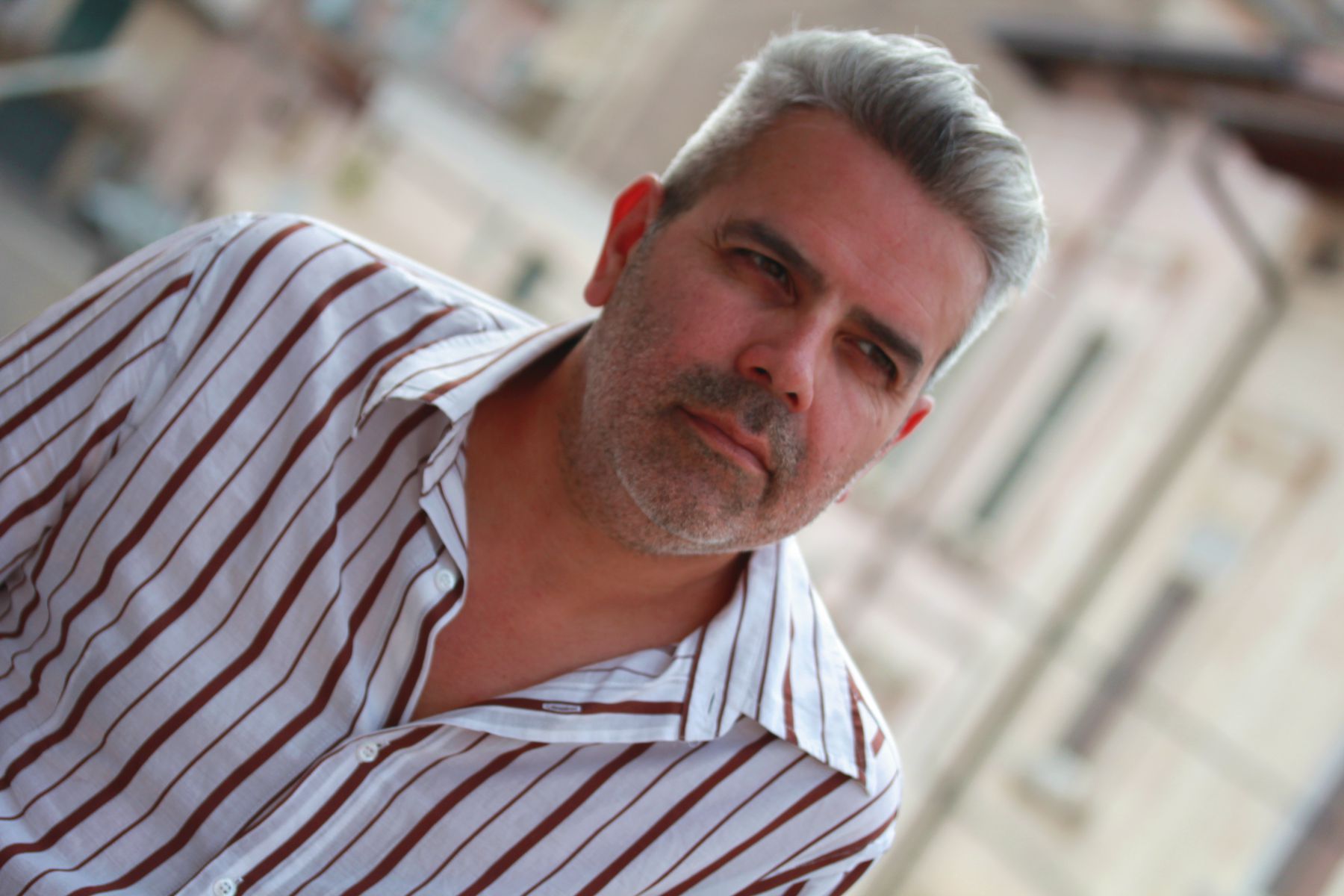 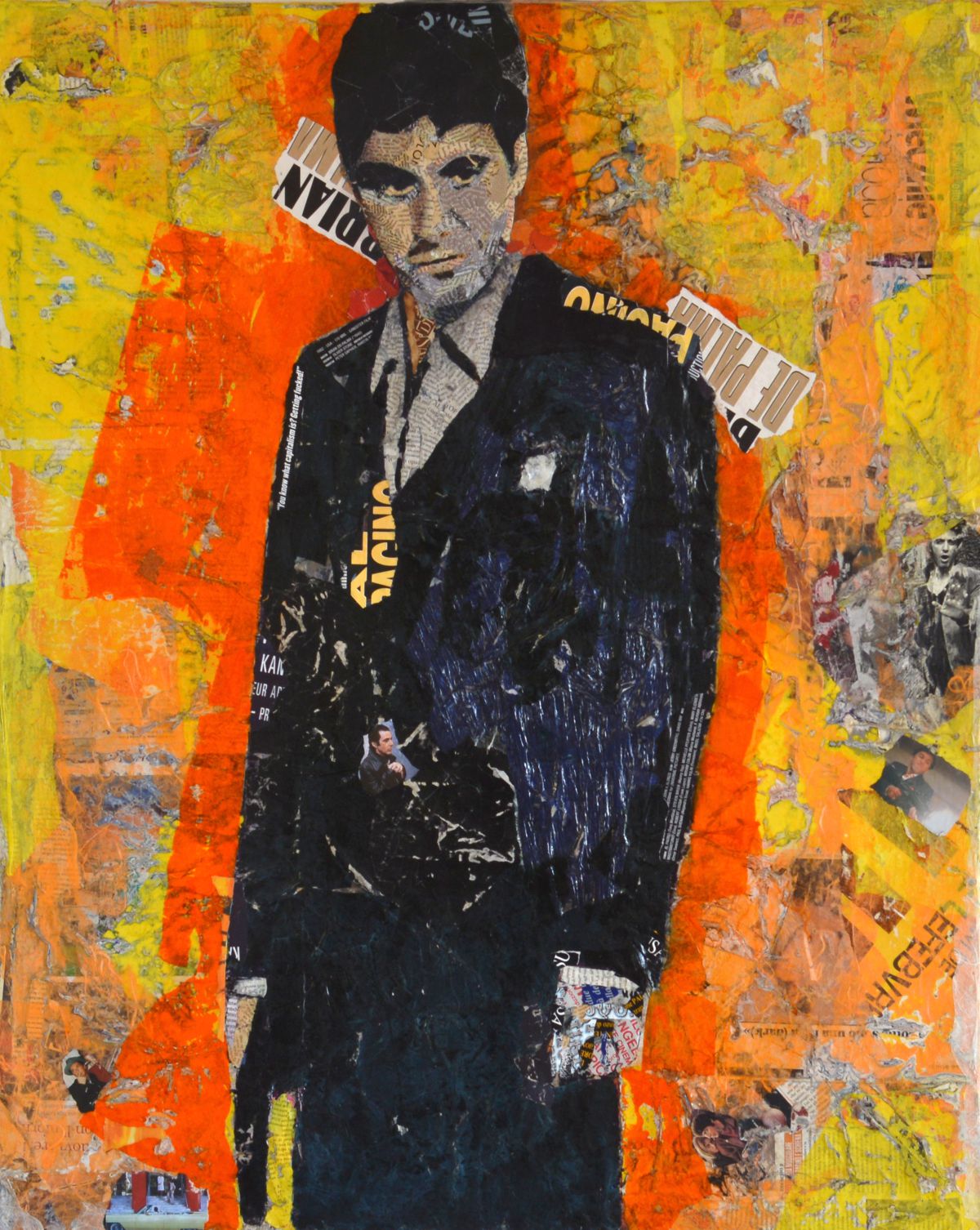 The same year he took part in the cultural exchange between italian and argentinian artists organized by the cities of Capri and San Fernando. The first years of the new century he moved at first to Poland and then to Germany where he continued his artistic research in all fields of interests, to later move to Italy, where he currently lives in. From 2010 on, his paintings that charachterized his productions, evolved in something more sophisticated, thanks to the addition of elements drawn with ink and to the appearence of paper material canvas. From 2013 on, his compositions was entirely realized with the papier collè technique.

The artist creates the image through the wise and well-balanced use of fragments of old magazines , newspapers and posters from all ages and from all over the world to make artworks of great visual impression and of equally great originality, where the meticulous care for the detail and the overall view are essential to the achievement of these artworks of such complexity.The cinema is the absolute protagonist of these works; famous scenes of important movies or portaits of known actresses and actors of the past and of our days became the ideal subjects for his compositions since they summarize perfectly the union amongst the passions of the artist.

In 2014 in Trani some of his works of this new period are shown for the first time, in the exhibition Diversi e Preziosi. In 2015 in Matera, his first personal exhibition La Grande Illusion was held in the gallery  Galleria Opere Arti &Arte curated by Massimo Guastella, who, in december 2016 selected some of his work for another exhibition Ritratti e figure del MAP in Ceglie Massapica. In 2018 he took part in the exhibition Cinema che Arte! Dai maestri del manifesto a Mimmo Rotella curated by Sergio Buoncristiano and Fiorella Fiore, realised in the Archeological County Museum of Potenza. In january 2019 in the historical Caffè Meletti of Ascoli Piceno was opened his personal exhibition Opere recenti curated by Sergio Buoncristiano; in march 2019 in Matera Dedalo exhibition hall was held his solo exhibition Six ; in october 2019 in Budapest Koller Gallery  it started another of his personal exhibition entitled Recent works . He cooperates steadily with italian and foreign galleries and his works can be found in private and public collections in Italy and abroad.

The validation of the form was not successful!

There was an error sending the form, try again later or contact your system administrator.